By Adam Nevill30th December 2010Uncategorised
It’s been a terrific year for heavy music, so I’m doing a top 13, as opposed to a top 10 of favourite albums released in 2010 (all bought on CD so the bands benefit). Some writers require silence to work, but I always write to music (though prefer silence to accompany most other activities).
My album of 2010 is:

Deathless by Throwdown
Played it over and over and over again … while working out, while working, while walking, while just staring into space … and then played it some more. Instant top ten of all time metal album for me. Perfection. Great song-writing merging with that rare thing in metal: intelligent lyrics. And the sheer power of the music and vocal performance has given me shivers for twelve months. Heavily influenced by the metalcore Pantera defined, but I actually think Throwdown have improved on that sound with this album (ducking the projectiles). Not a bad moment on the entire album – wholeness, harmony and radiance in the musical form. Once saw them at Graspop Metal Meet in Belgium, during the band’s previous hardcore line-up, but would dearly love to see this album played live. Just terribly exciting music that makes my inner Viking roar.
And in no particular order or hierarchy, these albums also rocked my 2010 world:

Alter Bridge: III (the closest thing to Led Zep these days featuring one of my all time favourite singers)

Black Water Rising (Like BLS but with more melodic vocals) 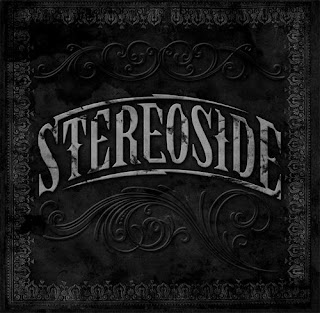 Linkin Park: A Thousand Sons (not guitar-oriented, but an interesting, innovative and diverse Rubin produced album I never stop playing)

Nevermore: The Obsidian Conspiracy (best power metal band in the world, who constantly reaffirm why I love metal)

Filter: The Trouble With Angels (every album by this band a must-buy for me)

Buckcherry: All Night Long (the legacy of sleaze at its best)

Avenged Sevenfold: Nightmare (another great album by a hugely talented band despite the sad loss of The Rev)

This site uses Akismet to reduce spam. Learn how your comment data is processed.

LATEST FROM THE BLOG

If you want to know more about how we use cookies, you can read our policy here.